Test of the Xiaomi Mi 9 Lite: a light but solid version of Mi 9

1Share
FacebookTwitter
Xiaomi continues to decline its Mi 9 with for the back a new light version soberly called Lite. Should we crack? Find our verdict in this comprehensive test.
A Snapdragon 710, a 4,030 mAh battery, a 32-megapixel front camera, a 48-megapixel back-end sensor, an ultra-wide angle sensor and a third depth-sensor. Do you remember anything? The Xiaomi Mi CC9 that has never passed our borders. We had already had the Mi a3 which was none other than the Mi CC9 Lite. Do you still follow? Pretty close in characteristics with the Mi 9 SE and the Mi 9 T, let’s see what place it can hope to take on the already very saturated market of mid-range smartphones.

A SMARTPHONE THAT HAS STYLE

The Xiaomi Mi 9 Lite opts for a fairly large size with its screen of 6.39 inches. Hard to use one hand. Its design resembles that of the classic Mi 9. The facade can be more traditional with borders still quite visible and the presence of a notch in the form of a drop of water. The glass coating on the back is the most beautiful effect. Fine reflections meander and undulate on the blue surface. It can be said, it slams. Be careful though, the device slips and catches fingerprints. Always in the back, there is a triple photo module vertically.

But the other touch of originality is in the name of the mark affixed vertically in the lower left corner. It is indeed an LED! This serves as a notification light. Some people put their smartphone upside down on their desk to avoid excessive vibrations for example. This is a good way to always pay attention to your notifications … and never forget that we are dealing with a Xiaomi! Malin. Chipotons a bit, the power of the LED is a bit feeble.

As for the rest, no surprise. The bottom edge accommodates a USB Type-C port flanked by speaker grilles. The right slice houses the button for tensioning / locking / unlocking while the opposite is the drawer SIM card and microSD. You can also choose between having two nano SIM or a nano SIM with a microSD card up to 256 GB. The jack is located on the top edge.

Xiaomi chose a 6.39-inch Oled panel with a resolution of 1,080 x 2,340 pixels for a resolution of 403 dpi. With a color temperature of 7,230 K, whites tend to shoot blue. The Delta E (DCI-P3) points to 4.83. In other words the colors move away a little from a realistic rendering. The maximum brightness reaches 422 cd / m² and thanks to its infinite contrast, the screen remains legible even under the sun. 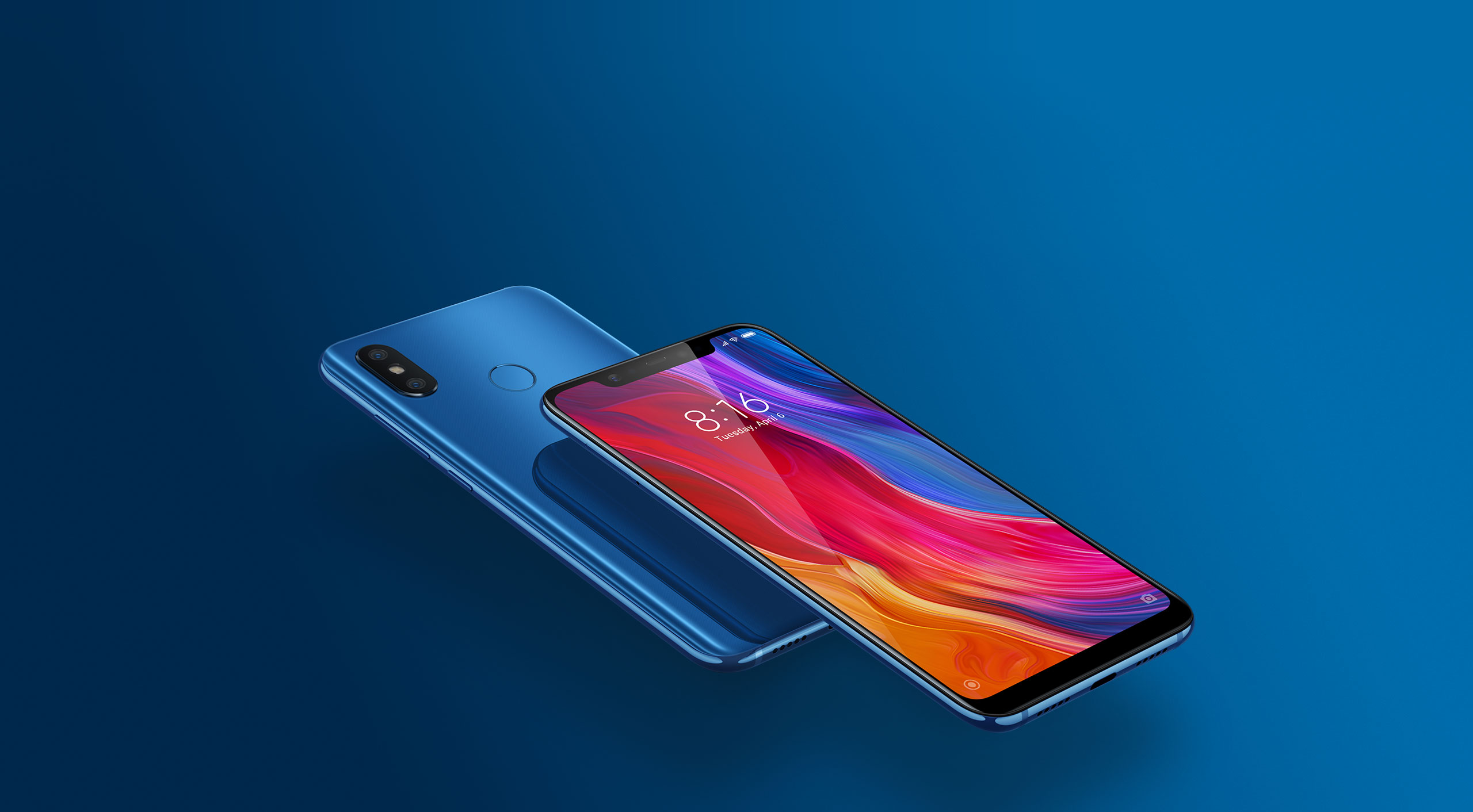 For its software part, the Mi 9 Lite runs Android Pie 9.0 and MIUI 10.3.4.0. This is already found on most smartphones brand. If you are already a follower of Xiaomi, you will not be left out. The interface builder completely changes the logic the vision of Google on Android. In addition to its particular aesthetic, it does not have an application drawer, but a simple home screen. Apart from this regrettable absence, MIUI has an impressive number of personalization elements such as gesture navigation, application clones, display settings and even the night mode to preserve some of the battery thanks to the slab Oled while bringing some comfort to the eyes.

The security patch is dated August 1, 2019, which is still fairly recent so as not to be alarmed. Looking for the fingerprint sensor? The latter is directly implanted in the slab. A trend that has now become popularized on cheaper products. This one reacts pretty well to the contact of the thumb or any other finger.

The Mi 9 Lite ships a Snapdragon 710 with 6 GB of RAM and 64 or 128 GB of storage space, depending on the version. The navigation remains flawless and the device does not overheat even when it is very busy. You can count on it without problems to perform the vast majority of daily tasks. The benchmark results inform us that it is just below the Xiaomi Mi 9 SE which is consistent. It is even better than these main competitors the Huawei P smart Z and Samsung Galaxy A50 .

On a game like Arena of Valor, the screen displays 30 fps constant without any problem. The experience is fluid and without a hitch. With the IPSE mode on the other hand, framerate falls. The Mi 9 Lite manages to run 3D greedy games without too much eyebrows, but do not abuse configurations hoping to push it up. For its price range, its behavior is quite suitable.

The triple Mi 9 Lite photo module consists of a 48-megapixel main sensor, a second very wide-angle 8-megapixel camera and a third-deep 2-megapixel camera. By day, the photos are lacking in sharpness. Some areas suffer from overexposure, sometimes the image is burned. The colors sometimes adopt a hue too saturated, losing its natural side. Needless to say here that the activation of artificial intelligence does not help things.

The ultra-wide angle causes significant distortion of the image on the edges of shots and loses detail in relation to the photos taken with the main sensor. Portrait mode does not offer the most optimal subject trimming. 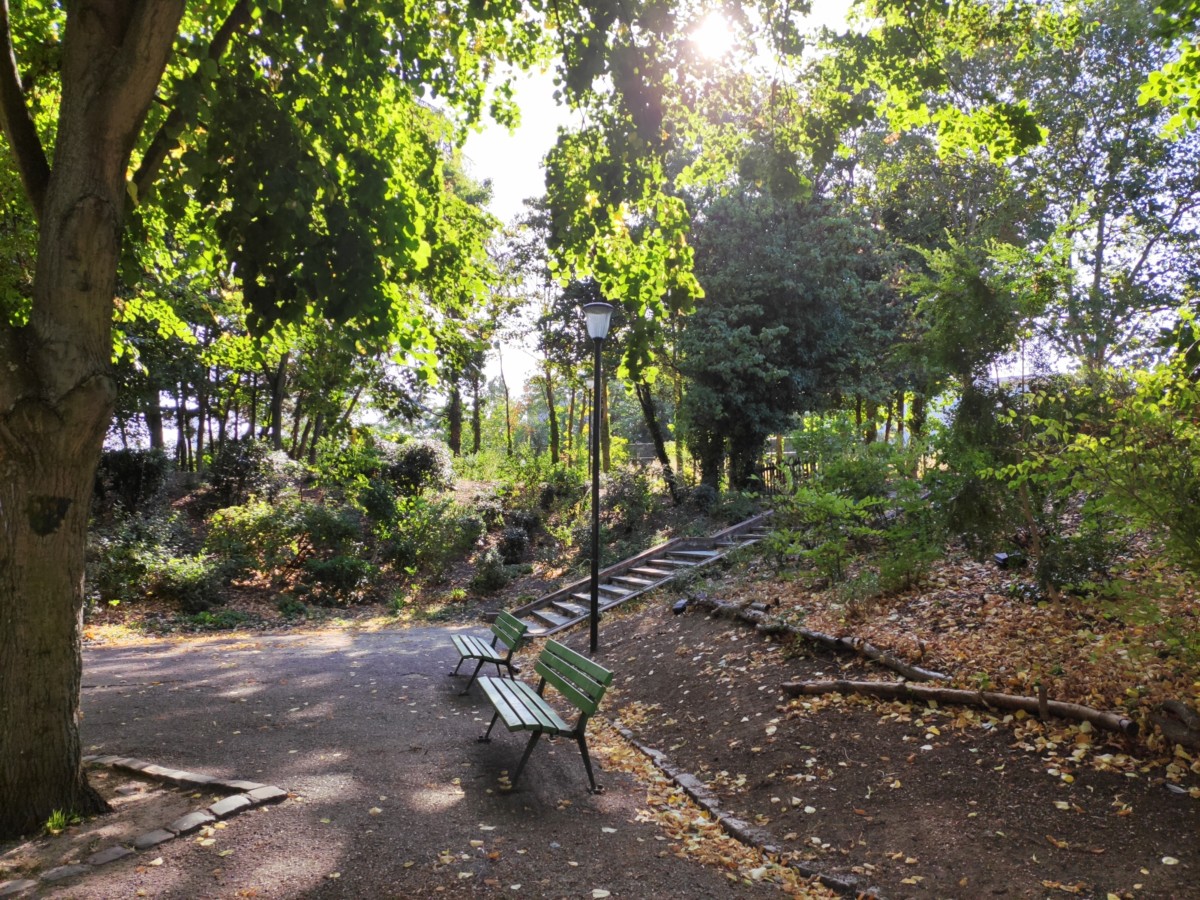 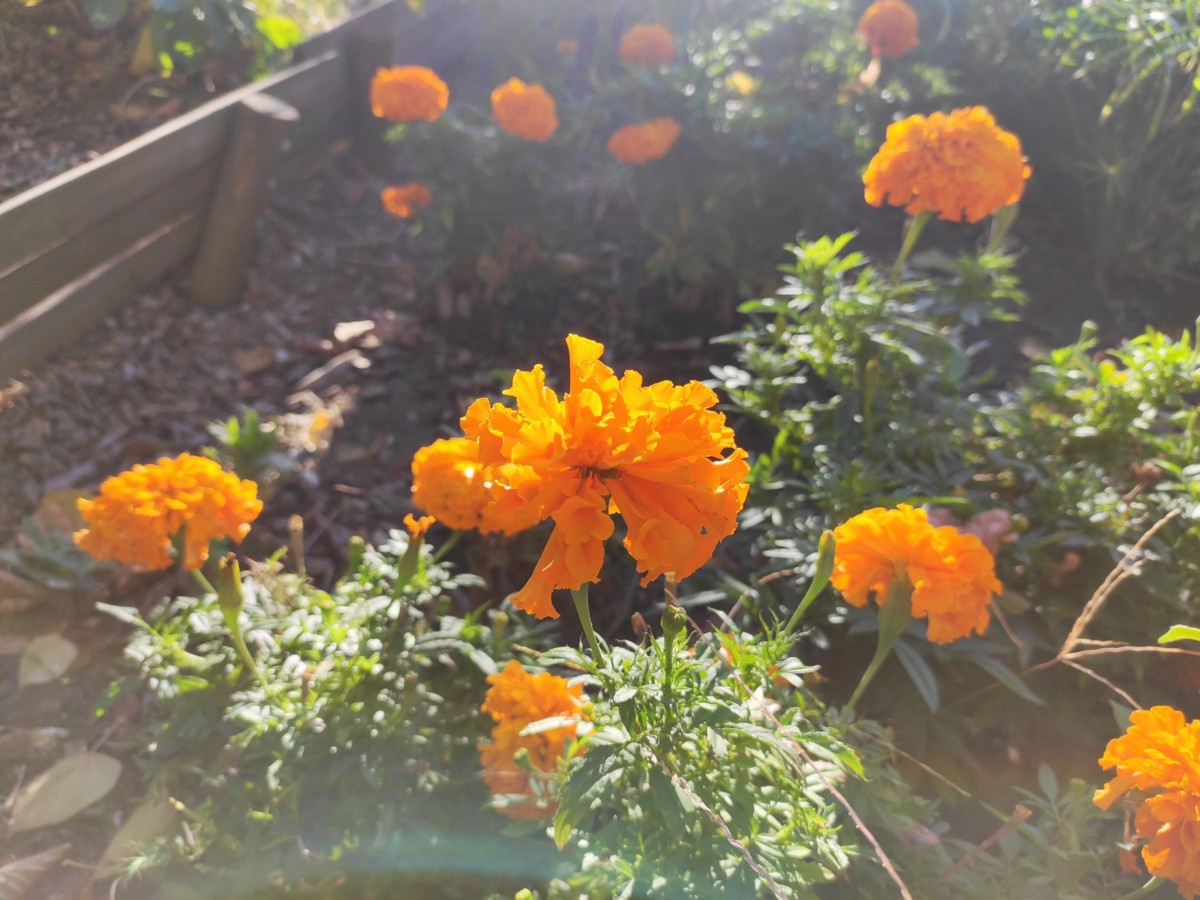 In low lights, noise settles and grinds the details. The night mode makes it possible to obtain a better rendering, with more light, thanks to a longer exposure time. The effect may seem a little supernatural. The wide-angle does not offer satisfaction, the fault is the omnipresence of noise. 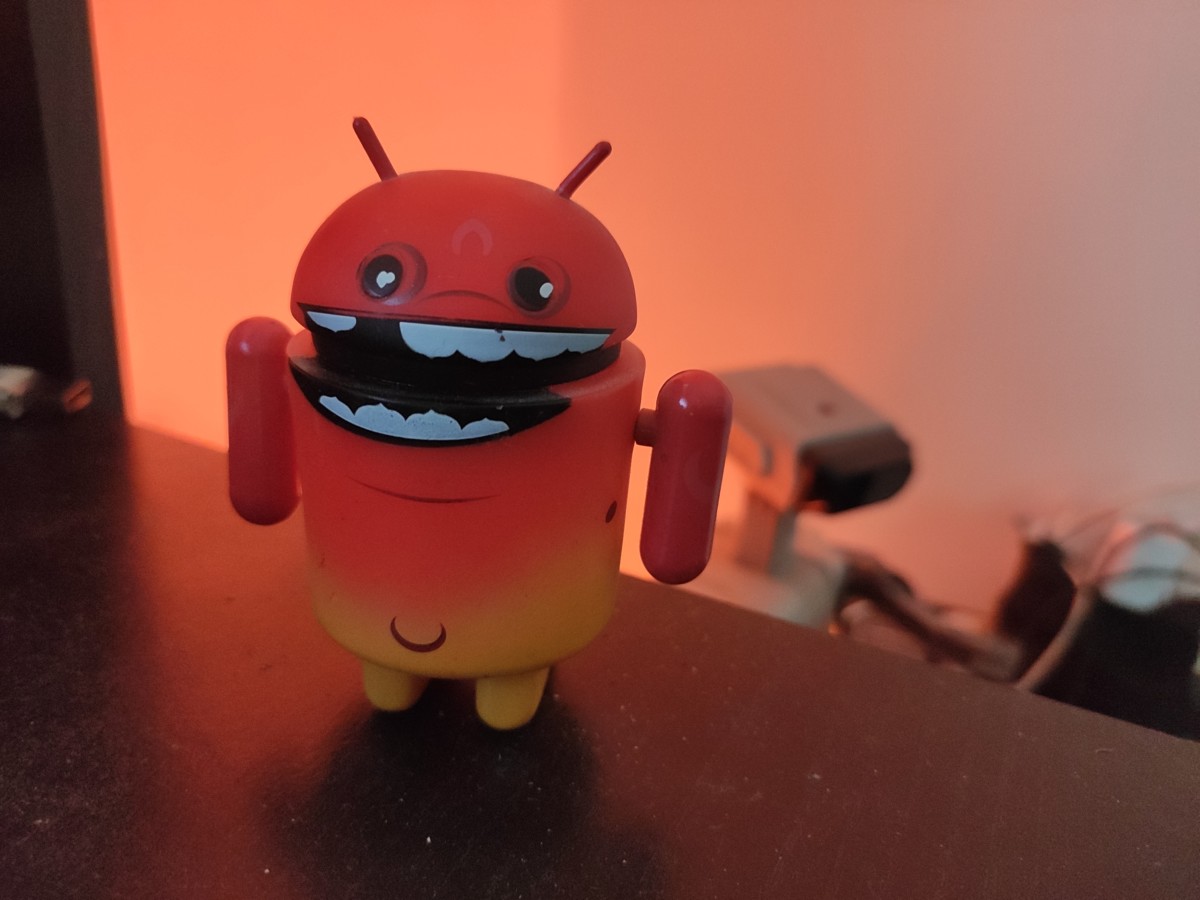 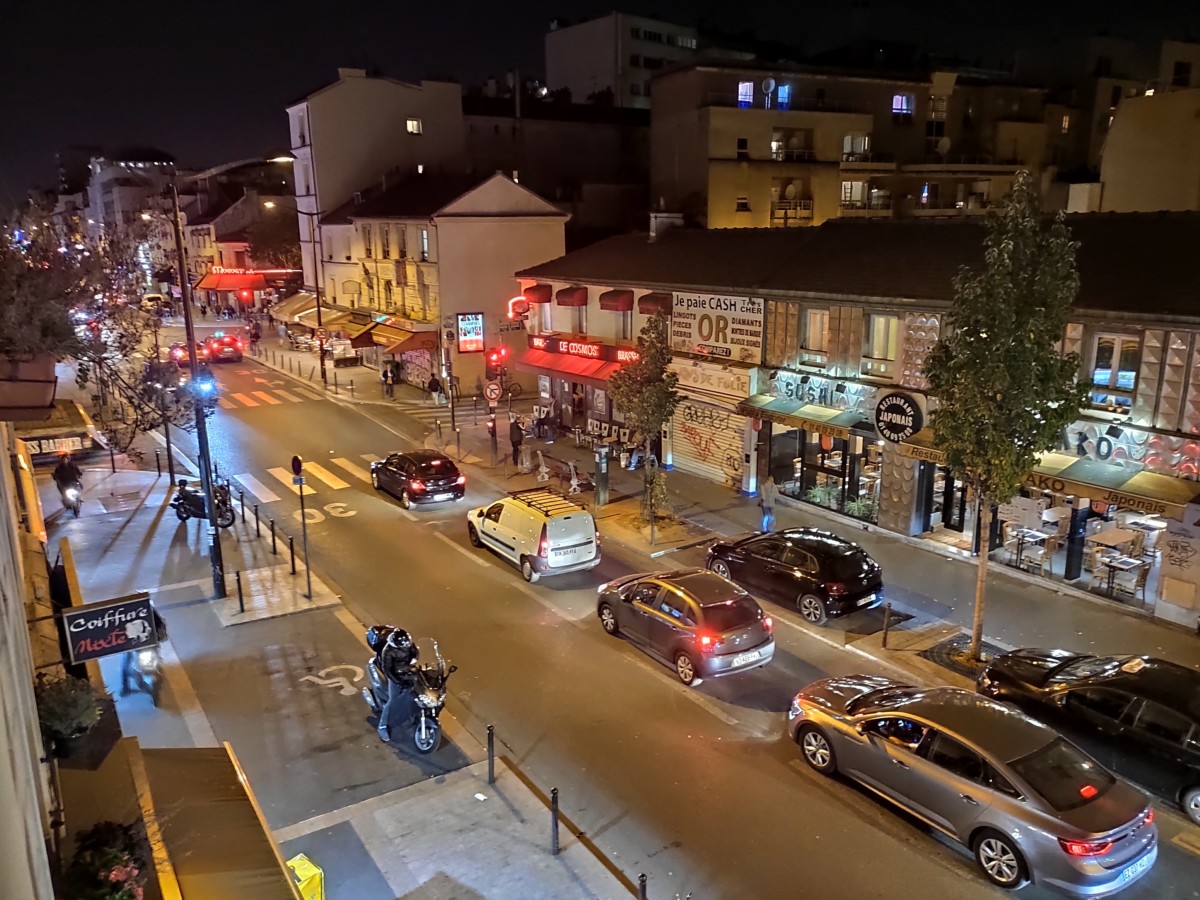 The front camera and its 32 megapixels allow to make suitable self-portraits. The skin is still a little too smooth, as often with Chinese smartphones. Portrait mode manages to create a depth effect, but the outlines, very marked, do not offer a very natural rendering. In low light, there is a lot of noise and areas a little blurry.

The Mi 9 Lite is equipped with a generous battery of 4,030 mAh. Our test protocol with SmartViser has a battery life of 11 hours and 44 minutes. Without being stunning, it is a result rather honorable and above all better than its competitors the Huawei P smart Z and Samsung Galaxy A50.

In practice, he has two good days with a classic use.

The Xiaomi Mi 9 Lite is compatible with all French frequency bands. No bad surprise on this side, the smartphone receives good 4G, in the network of Ile de France anyway. The use of two nano sim cards of different operators simultaneously accessing the 4G is made possible. The smartphone supports 802.11a / b / g / n / ac, Wi-Fi 5, Bluetooth 5.0 and NFC. You can take advantage of Google Pay without any problem. On the compass side I did not encounter any difficulty. I was able to trust him with my eyes closed.

The Xiaomi Mi 9 Lite arrives on September 23rd. The 6/64 GB version is priced at 299 euros and the model with 128 GB of storage space costs 329 euros. It exists in three different colors: the blue we had in test, but also in black and white.

In addition, the Mi 9 Lite 6/64 GB version will be offered at 269 euros on the site Cdiscount Monday and Thursday, between 17 and 19h. Be on the lookout!

The Xiaomi Mi 9 Lite is a lighter version, but not devoid of interest of the classic Mi 9. It can be difficult to navigate through the slew of versions of the flagship brand, but it offers a quality / price really relevant.

It is doing well overall in all areas and doing better than the competition in terms of performance and autonomy, the latter being essential for this price category. To appreciate all the benefits, you must adhere to the Xiaomi interface that can confuse more than one at first.

the authorPro Windroid
A young Tunisian born in 1986 loves the world of technology and technology news and keep up with all the new giants.
All posts byPro Windroid
show 2 comments